No Widgets found in the Sidebar Alt!

The earliest known ancestor of the Currie family of Thorne’s Cove was known as ‘Homestead’. All that is known about him is that he was born in the USA, likely a slave, and probably given the name Homestead by his owner, who most likely was a British Loyalist forced to relocate in Canada in the aftermath of the American Revolutionary War. Many of these Loyalists brought their slaves with them. Some gave them their own last names, but others just went by a single name.

There is no record that indicates when Homestead was born. He married a woman named Hannah Stevenson some time before 1850. In the 1871 census, Hannah was a widow 50 years old and born in Nova Scotia. This would make her born about 1821. Since Homestead was born in the USA (according to his son’s marriage record), he was probably quite a bit older than Hannah. Even if he was only a small child when he arrived in Nova Scotia after the Revolutionary war ended, about 1781, that would make him at least 20 years older than Hannah. 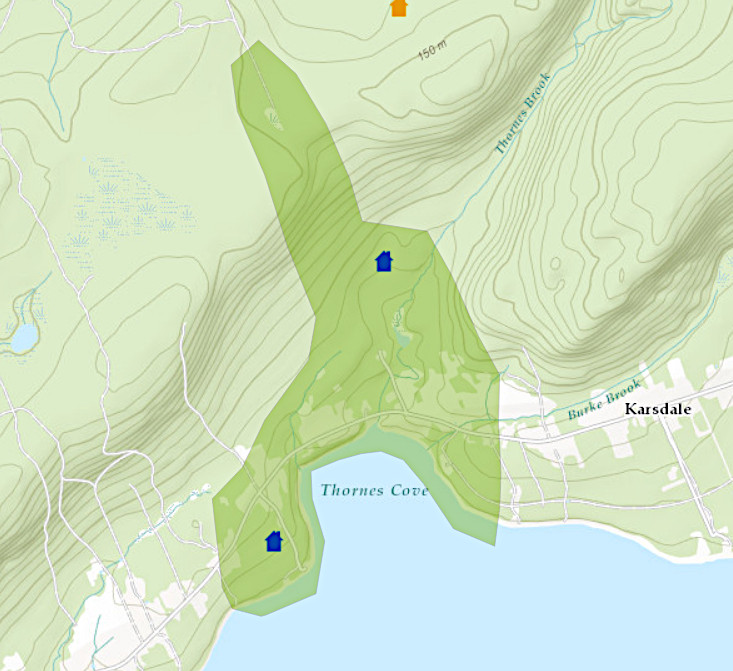 The black settlement at Thorne’s Cove in Karsdale may have had its origin in the purchase by Edward Jackson of fish lot #16 containing 100 acres from Benjamin James in July of 1785 for 5 shillings. Edward Jackson and his family were free Black Loyalists, but had a close association with the James family, possibly even before their arrival in Nova Scotia. Mr. James arranged for the apprenticeships of two teenage Jackson sons as shoemakers with a Mr. Green in Shelburne in 1784. Edward Jackson also acquired fish lot #17. The settlement grew along the Thorne’s Cove Road that connected the Cove to their brethren at Delap’s Cove. There was no black church in the settlement; many Baptists would have been adherents of the Fundy Section African Baptist Church on the other side of the North Mountain. Beginning in the 1850s, many of its residents moved to Lynn, Massachusetts and surrounding towns in search of work. Remnants of the community survived until the first half of the 20th century.